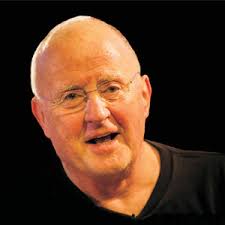 This is a follow up article from my previous post on the music performed by Chris Moore. Christy Moore often dreams about the songs he left unfinished or the ones he could never write all through his career. He even thinks about the songs that failed to do justice to the subject and were never polished

He is often haunted by stories that he could narrate in his songs and save them forever in the pages of time. For instance, tragedies like the Corrib gas controversy or the story of a 27-year-old Johnny Carthy who was murdered in cold blood. But he has been unable to channelize them and hence failed to write about them.

The problem with Moore is that he is quite nonchalant about his vocation. He obsessively tries to rewrite songs that he did not write himself trying to polish them even if the process takes years altogether.

This notion about Moore can be confirmed if you were to ever visit his music room situated in Monkstown, Dublin. The entire music room is filled with lists, notes and what not! Just a while ago, he finished added a new verse to Delirium Tremens, a song he produced almost 28 years ago. He terms the task of composing as difficult because lately, he has been trying to write some new songs but failed to finish any one of them. He even confessed that he may never come up with a new tune and that it didn’t matter as the ones he had already written were amazing.

Moore has never been very productive and has composed around 100 songs in his career since he started in the year 1969. But, out of these, he considers only 45 up to the mark. It has been for the first time that he has assembled this output as one in an album titled as Where I Come From. This piece of art is hanging on his wall and shows how his journey has been as a music artist.

He says that his work is seldom available as a single collection as his music pieces are a part of so many albums. He even believes that in case he dies, a record company might just stack all his songs in a single album. But he is content as he knows that his family has a full list of his songs and they do not need to search all the albums.

Given the way Moore works, he has recorded his songs all over again. So, the ones he found lacking in certain ways, have been polished and the ones that needed some additions, have been rewritten. This is how Christy Moore works and finds peace in his work. He says he finds the whole process interesting as he gets a chance to revisit his work and live his work all over again.
He cites an example in which he says that revisiting songs that he wrote in the 80s or 90s as an older man makes him understand things differently which he was unable to do before when he was younger. Also, he says that in this way he gets a chance to improve his pieces and make the required changes.

Life as an artist

If you were to ever meet Moore, you would always find him with his guitar depicting that he has lived his life as a true musician. He grew up in Newbridge which is in Co Kildare and his first experience with rock ‘n’ roll was through Elvis, Buddy Holly until he was introduced to the Clancy Brothers which had a great impact on him. He exclaims that these artists were not just merely singing about Ireland but were speaking in his language. He recalls the time when he had just started his career and there was no such thing as songwriters and he used to write his songs all by himself. Even then, he never called himself a songwriter. He deemed the whole process beautiful and would travel to Galway or Roscommon just to come up with a good verse. He had left his job at the bank to join an English folk-club circuit and even played in front of the audience with artists like Ewan MacColl which again had an impact on his journey of music.

Apart from this, it was in the company of Woody Guthrie (Bob Dylan) that Moore understood the importance of finding his voice to expose the injustices happening in the society. This happened for the first time when Moore visited the Maze prison situated in Northern Ireland were he met the prisoners. This is what inspired him to write 90 miles to Dublin as a sign of protest against the injustice happening in his hometown. However, the song was released and received appreciation before it was banned by the authorities. In time, his skills improved and he came up with another song Where I Come From in which he talks about the events happening in Ireland and this time he delves a little deeper to expose the unjust people.

Moore has written on matters such as Bloody Sunday, the Birmingham Six, the Stardust nightclub disaster (this song was also banned later on), the Holocaust, Spanish Civil War, and the list goes on. It is not easy to come across an artist who has composed his songs on so many topics that were considered as taboo. He refuses to run away from matters that other people prefer to avoid and instead finds a way to express his emotions in the boldest form. He says that the people he writes about are very close to his heart and he deems it a responsibility to talk about it all. Moore talks about his house in Ireland which was demolished. So, whenever he feels nostalgic, he feels he can go back in time with the help of music and relive the moments from his childhood. This is because the memories of his childhood have been preserved in the songs he has written about his homeland. It is these moments that define Moore as a true artist and shows how experienced he is now. Some of his pieces including Joxer Goes to Stuttgart, Lisdoonvarna and Welcome to the Cabaret creates a great atmosphere whenever played on a speaker. Moore has a habit of recording every concert he does just to capture the moments as he considers the whole ritual special.

The songbook of Moore is filled with instances about the nights that went by, his references to dark tales that happened in his life, the deadly concoctions and the never-ending hangovers. He had developed a habit of drinking at an early age and discovered that he had developed a problem at the age of 23. It was then after performing at a concert at Moorefield GAA Club in Newbridge that he swore he would get rid of this evil habit. It was around that time that he wrote another song titled Moorefield. He has not made any changes to this song since that day and it remains untouched.

After being diagnosed with alcoholism, it became quite difficult for Moore to perform for a crowd as he was still struggling to find a way. He says it took him about ten years to get stable and regain control of his life and now he looks at it as an experience.

If people are wondering whether or not Moore is still able to come up with songs that talk about the severe issues, then you may get an answer by listening to his recent composition, Arthur’s Day, which gave rise to an unending debate. It’s a great song that cleverly tries to ambush what he considers wrong or dishonest.

He says the main issue is that the alcohol industry is trying to brainwash the youth by making them believe that the only way of enjoying life is by purchasing their product. Also, they even try to take advantage of musicians who are encouraged to move the product and people turn mad in case they are deprived of it. He also mentions that it is all because of the insidious plots planned by big PR companies who try to sugar coat every detail. But he confesses that despite all this, he still had to face a lot of anger and criticism.

But this does not deter his passion as he believes that nothing can stop him from pursuing his dream. And no matter how much people criticize his work, he will stop at no cost.